x MARKS THE SPOT FOR TEDxSYDNEY 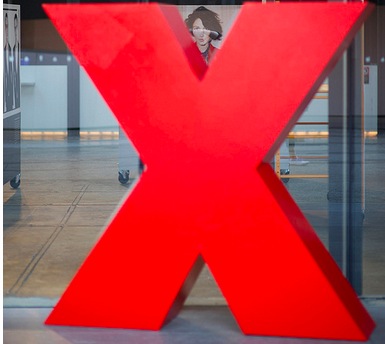 x MARKS THE SPOT FOR TEDxSYDNEY

TEDxSydney invites Australians to host a satellite event, 4 May 2013

Sydney – 18 April 2013: Annual ideas festival, TEDxSydney, has launched a satellite event program, allowing anyone to tune into the full day of inspiring talks and performances on 4 May 2013, live and for free, by registering a venue on the TEDxSydney map.

The unique program will see thousands of people around Australia and the world set-up open or private events in their home, workplace or in public venues to participate in the day’s activities.

Head of TEDxSydney, license holder Remo Giuffré said the satellite events program aims to give an even bigger platform to the powerful ideas presented on stage.  “The spirit of TEDx events is sharing worthwhile ideas – and we’re always looking for new ways to involve an even wider audience in the conversation.  Now in its fourth year, TEDxSydney continues to grow and as always we were overwhelmed by the number of applications to be part of the audience this year. We’ve already tripled our live audience capacity to 2,200 by moving to the Sydney Opera House in 2013.  We see the satellite event program as a means of leveraging it further again by allowing the members of our growing community to host their own event.

“The quality of the audience conversation is an essential part of the TED DNA. The satellite events program is not just about creating a live stream – it’s about giving those who are passionate about ideas the ability to engage with a diverse community of equally passionate people,” said Remo.

Satellite Events Coordinator, Josh Stinton, said satellite event organisers can create their own event of any size and tailor the experience to address their audience in the most meaningful way. This includes having a dedicated MC to facilitate discussion with their attendees, hosting their own speaker panels, performers, or simply watching the talks and discussing in real time.

The programming will blend talks with interspersed performances as well as artistic video segments. For the full speaker and performer lineup see: www.tedxsydney.com Anyone can be part of the online conversation and the Twitter hashtags for the day are #TEDxSydney and #TEDxSydSat.

To register a satellite event, or attend one visit: http://tedxsydney.com/site/satellite.cfm

About TED: TED is a nonprofit organisation devoted to Ideas Worth Spreading. Started as a four-day conference in California 29 years ago, TED has grown to support those world-changing ideas with multiple initiatives. At TED, the world’s leading thinkers and doers are asked to give the talk of their lives in 18 minutes. Talks are then made available, free, at TED.com. TED speakers have included Bill Gates, Jane Goodall, Elizabeth Gilbert, Sir Richard Branson, Benoit Mandelbrot, Philippe Starck, Ngozi Okonjo-Iweala, Isabel Allende and former UK Prime Minister Gordon Brown. The TED Conference takes place every spring (along with a parallel conference, TEDActive). TEDGlobal is held each summer in Edinburgh, Scotland. The TED.com platform recently exceeded over 1 billion views of their online talks.

About TEDxSydney: TEDxSydney is an independently organised event licensed from TED by longtime TEDster, Remo Giuffré and organised by a network of fellow thinkers and long-time collaborators. TEDxSydney is made possible by the generous contribution of its partners, sponsors & volunteers.