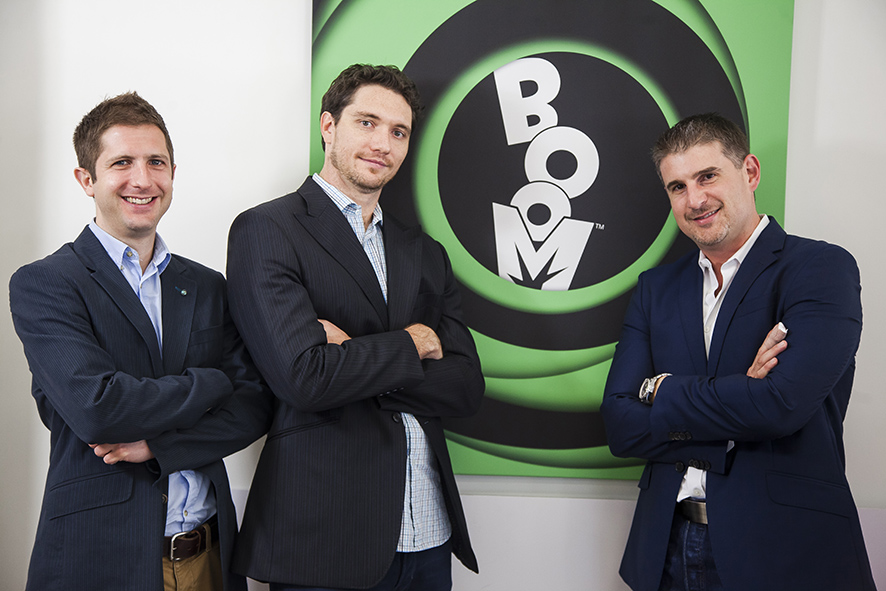 Sydney, 28 August 2013 – Boom Video, Australia and New Zealand’s first YouTube partner network, today announced a ground-breaking partnership with the Australasian Mechanical Copyright Owners’ Society Limited (AMCOS).  The partnership means that Boom Network’s content creators can now legally access a huge catalogue of songs represented by AMCOS’ members, which includes major international music publishers and local publishers, for use as cover versions. Under the terms of the agreement, channels appearing on the Boom network channels are licensed to create new recordings of songs published by AMCOS members, with the money generated shared back with songwriters, composers and music publishers.

The deal is similar to existing deals between YouTube partner networks in the United States and individual record labels. However it’s believed to be the first ‘blanket-style’ licensing arrangement to include the publishing synchronisation right for multiple copyright holders within a territory.

Boom Video arrangements with YouTube and AMCOS mean that YouTube musicians that are part of the Boom Network can now claim a share of advertising revenue from cover versions appearing on their channel. Some of Australia and New Zealand’s most popular channels such as Jayesslee, Jordan Jansen and Matt Hullholland (NZ) have amassed tens of millions of views for their YouTube videos featuring cover versions.

Jamie Crick, Client Services Director of Boom Video, said: “This is a huge coup for our channel partners and a big step for the music industry in engaging with YouTube. In the past, Australian artists have been using their YouTube channel mainly as a marketing tool, because they have been unable to generate revenue from their cover version videos. For the first time, some of Australia’s most talented and popular online artists can now make money from covering songs by any artists from Justin Bieber to the Beach Boys – which will only encourage them to create and upload more videos.

Frank Rodi, Online & Mobile Licensing Manager for APRA|AMCOS said: “This landmark deal ensures songwriters, composers and music publishers are properly recompensed for the use of their musical works, while giving Boom Video artists – many of whom are generating hundreds of thousands of views each day – easy access to a vast repertoire of songs. It has also been a pleasure working with a company operating in this space that understands and respects copyright.

Andy Yang, manager of Jayesslee, Boom Network member and Australia’s most subscribed YouTube channel said: ““The girls make music for the love of it and that is never going to change. In the past we have used more traditional business models such as touring and live performances to support their music but this agreement with APRA effectively means they can spend more time creating content from home where their influence and reach is far more wide, diverse and effective.”

Boom Video is Australia and New Zealand’s first YouTube partner network, multi-channel network and talent agency for creators and brands. Formed in 2010, Boom was born from the evolving way that consumers are engaging with video content and the need for experts who could bridge the divide between advertisers and content creators. Boom Video’s network reaches millions of users across a range of online properties, and incorporates Australia and NZ’s first and biggest YouTube influencer network with over 400 channels.

Boom Video supports brands and their agencies by seeding their content among digital influencers to get it seen, engaged with and shared.  For more information: www.boomvideo.com.au

APRA|AMCOS work to ensure that composers, songwriters and publishers are rewarded whenever, and wherever, their musical works are played, performed or reproduced and we help Australian & New Zealand music consumers get access to the world’s musical repertoire.

Australasian Mechanical Copyright Owners Society Limited (AMCOS) collects and distributes mechanical royalties for the reproduction of its 10,900+ members’ musical works for many different purposes. These include the manufacture of CDs, music videos and DVDs, digital downloads and the sale of mobile phone ringtones, the use of production music and the making of radio and television programmes. Since 1997, APRA has managed the day-to-day operations of the AMCOS business.