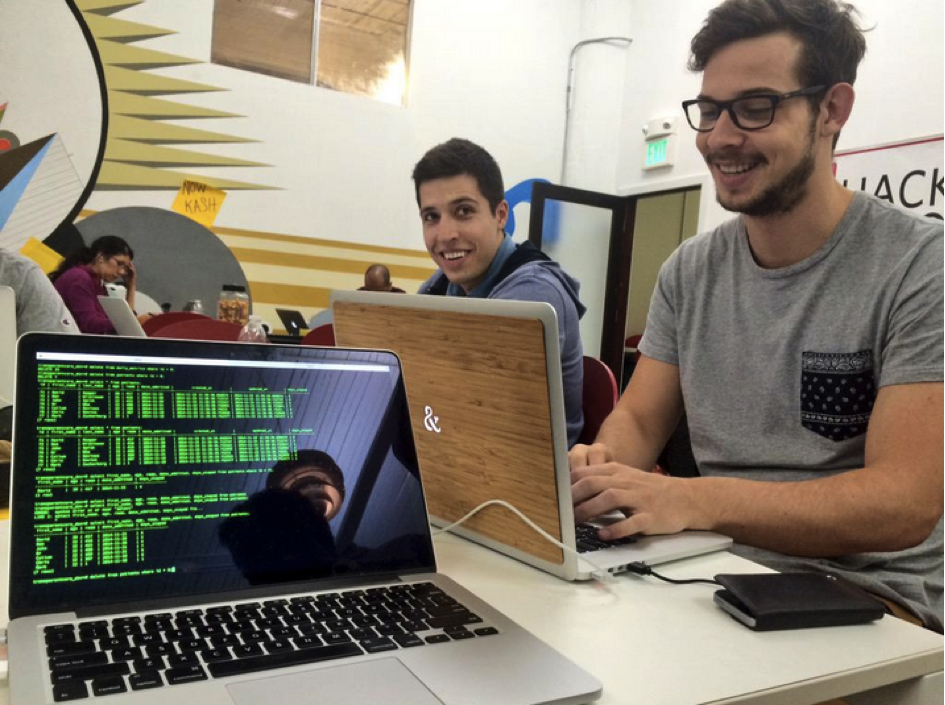 Startup Catalyst is a ten-day annual mission to Silicon Valley aimed to inspire the next generation of Queensland tech entrepreneurs. Throughout the journey participants have immersed themselves in Silicon Valley’s rich culture of high-growth entrepreneurship and took part in a joint Startup Weekend with local entrepreneurs during the Global Startup Battle. Over the course of the 54-hour competition, the participants brainstormed startup ideas, formed teams, validated their assumptions, built prototypes and launched winning products.

Commenting on the win, Kelsey-Lee Stay, said: “We had a really great idea and a strong team and are just so pleased with the win! I came over here to learn as much as I could but never expected to take home the top prize. It’s really exciting to know that all of the 20 Aussies on this mission are competing with the best and holding our own.”

Team member of Yes Chef, Alex Ghiculescu, said: “Startup weekend reminded us that we really can compete with the best of them. By the end of the competition, people in four different countries were using our app, Yes Chef, which was pretty exciting!”

Startup Catalyst participants pitched three of the 12 ideas including, Yes Chef as well as done – an app automating the logistics of life, starting with automatic ordering of Uber; and Gotcha – a tool making the process of learning new programming languages easier.

Commenting on the process of Global Startup Weekend, local Brisbane boy, Ben Wilkinson, said: “The weekend was a great chance to work with the local talent. A lot of us are trying to scope where we stand with the rest of the world – and as far as I can tell Aussies are still some of the best out there!”

QUT IT student, David Hooper, aged 20, said the Mission had been a trip of a lifetime with the quality and execution of the ideas being unlike anything he’s experienced.

“The ideas everyone came up with were much more ambitious than at Startup Weekends I’ve been to in Australia. I think being in San Francisco pushed us to lift our game. The product execution and pitches were also very high quality and I think that lifted us all up to that standard,” he said.

Startup Catalyst’s Project Director, Colin Kinner, said: “This trip has been a huge success. We’ve seen that the next generation of Australian startup entrepreneurs are ready to compete with the best of the best on a world scale. I believe we’ve really inspired these young Aussies to think big and learn that idea development through collaboration and teamwork is the key to success and progress.

“We’re really proud of all of our 20 Startup Catalyst participants and we’ve only had positive feedback from US team-mates and organisers saying that our Aussies are highly capable, hard workers and added a lot of value to each team,” Mr Kinner said.

The sponsors for the mission include QUT, University of Queensland, Griffith Film School, Inabox Group and McCullough Robertson, and media partners The Courier-Mail, Startupsmart.com.au and Techstreet Journal.

To learn more about the 20 mission participants, visit the Startup Catalyst blog at: http://blog.startupcatalyst.com.au/.

Current membership sits at over 100 members ranging from early stage startups and founders to established startups and entrepreneurs who have successfully raised capital in the last 18 months.

River City Labs is a nationally recognised brand in the startup sector within Australia. The organisation is a proven leader in this field and has a strong reputation for continuously driving the digital startup economy forward.

The founders, staff and mentors have established themselves as key people to know within the startup ecosystem in Australia have been recognised as key drivers in Queensland’s digital strategy.

River City Labs focuses on providing the right environment for entrepreneurs to make valuable contacts while learning from peers, mentors and industry experts helping them to connect, work and grow.

RCL has facilitated over 100 events in two years all focused on early stage startups and hosted 10 successful entrepreneurs who have given their time to come and speak with our members and community about their ‘Entrepreneurial Journey’.