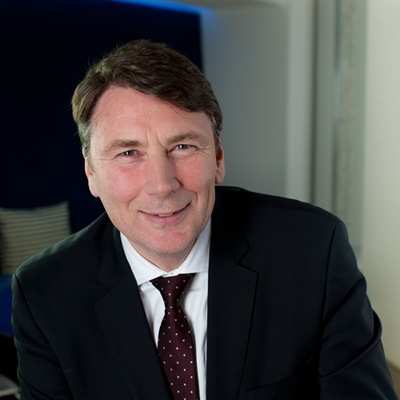 Sydney, Australia, 25 October 2018 – Tyro, Australia’s fast-growing business bank, today announced that David Thodey AO has accepted an invitation to join its Board as a non-executive director with the appointment to take effect in November 2018. In announcing the appointment Tyro’s Chairman Mr Kerry Roxburgh said:

“It is with great pleasure that I announce David Thodey is joining Tyro as a non-executive director. David’s extensive management, leadership and technology experience makes him a welcome addition to our Board. I am looking forward to David joining us in November and having the benefit of his expertise as we chart Tyro’s future course”.

Mr Thodey is a global technology and telecommunications executive with more than 30 years of experience – 25 of those in Asia. He has a track record of creating brand and shareholder value and has been successfully involved in innovation across a wide range of sectors. Mr Thodey was the CEO of Telstra (2009 to 2015) and prior to that had a 22-year career with IBM, working in senior marketing and sales positions, including CEO of IBM Australia/New Zealand.

He is currently Chairman of CSIRO and Director of Ramsay Health Care and Jobs for NSW. He is active in the venture capital industry as an advisor to Square Peg Capital and holds Board positions with several private companies. Mr Thodey is also Chairman, NSW Quantum Computing Fund, a member of the Advisory Board of United Healthcare and is on the Investment Committee of Evans & Partners Global Disruption Fund that listed on the ASX in August 2017.

Mr Thodey has a Bachelor of Arts degree in English and Anthropology, from Victoria University in New Zealand, and completed post-graduate studies at Northwestern University’s Kellogg School of Business in Chicago, Illinois. He was awarded an Honorary Doctorate in Science and Technology from Deakin University in 2016 and was awarded an Order of Australia in 2017 for integrity and leadership in business.